Pets typically require a consistent, healthy diet and grooming regime. Food supplements and vitamins are a part of that. They help build stronger immune systems, leading to greater energy and life expectancy for your pets.

New pet owners have found coconut oil to enrich the pet’s diet and help combat seizures. That is because coconut oil contains vital fatty acids that support brain and gut health. Also, being completely organic and natural, coconut oil is an extremely safe food supplement for any pet dealing with seizures.

Coconut Oil and its Impact with Seizures in Pets

Have you ever noticed your pet getting into a fit or experiencing funny turns? If that’s the case, there is a chance your pet may have a neurological disorder called epilepsy. The ailment happens most often in dogs with chronic brain issues marked by repeated seizures. Typical causes of epilepsy can be intoxication, trauma, brain tumor, or infection. It could also be due to internal malfunction or damage in dogs. If the cause of Epilepsy is unidentifiable or unknown, the case is called “idiopathic.”

Two primary categories of seizures occur in dogs. Grand mal (generalized) seizures are distinguished by the loss of consciousness with involuntary jerking or twitching motions in the dog’s body. Focal (partial) seizures involve only one body part. This kind of seizure can potentially progress into the grand mal form. Dogs who are experiencing idiopathic epilepsy typically suffer their initial seizures around the age of 6 months to 6 years. Although idiopathic epilepsies can occur in all breeds, it is usually recognized as an inheritable malady that certain breeds acquire hereditarily. Prescribed medications from veterinarians can control these seizures effectively in pets. However, nowadays pet owners count on natural medical remedies for pet seizures a bit more.

Seizures are not hard to recognize in dogs. Some additional indications of epilepsy include vocalization, abnormal behavior, salivation, and involuntary defecation or urination. The latter indications are quite a common occurrence and are not to be taken lightly. They can also leave a bad odor and potentially ruin the bed or carpet. In that case, we would highly suggest purchasing a dog bed that you can easily clean whenever a seizure happens. A GC pet bed has a machine-washable cover and waterproof liner that can easily be cleaned with soap and water. It withstands the test of time.

Generally, a ketogenic diet is preferred for pets experiencing seizures. Ketone-rich foods become a source of energy for your pet, especially the pet’s brain. And coconut oil is known to be naturally potent in chain fatty acids. This helps produce an adequate amount of ketones in your pet. The recommended kind to use is unrefined, pure, and organic virgin coconut oil. The amount should measure at one teaspoon per ten pounds of your dog's body weight. 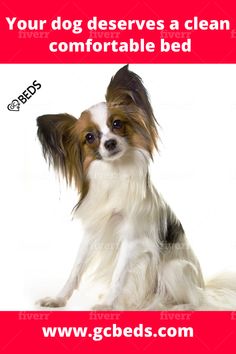 You want your pet to be comfortable. But you also want clean furniture. GC Beds are clean, comfortable and highly customizable beds for your pet. These state-of-the-art pet beds are specifically designed for durability and style. They are easy to wash. They are layered to protect from wear and tear. And the liner is waterproof. If you want to give your pet a long-lasting bed to call home (NOT the couch), look no further. Plus, you’re likely find one that fits right in with your home décor. what everyone else is saying about GC pet beds right now…

Please note, comments must be approved before they are published